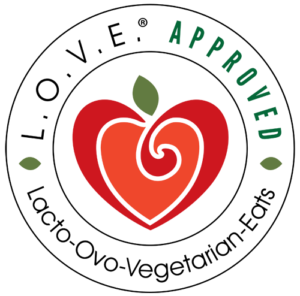 Yum—my favorite! Who doesn’t LOVE warm bread pudding made with seasonal fresh fruit and served with a dollop of ice cream?! This recipe is both delicious and nutritious!

Bread pudding is popular in the US, England and Latin America. The Latin American name is Dulce de Leche. In the Spanish language, dulce means sweet and leche means milk. In England, it was used as a recipe for stale bread and was called the poor man’s pudding. While it is a delicious way to recycle old bread, it’s become a popular comfort food worldwide. Bread, eggs, milk and sugar are the staple ingredients. Traditional recipes often butter the bread before it’s cubed. I like to use natural sweeteners and favor maple syrup for this recipe because it reminds me of French toast.  Depending upon the season, add the fruit of your choice.

INGREDIENTS (Use organic when available):

Preheat oven to 350 degrees Fahrenheit or 180 degrees Celsius. In a medium saucepan, heat milk over medium-low heat, and stir until the milk steams about 5 minutes.

In a large mixing bowl, whisk eggs and egg whites; gradually whisk in maple syrup. Slowly whisk in the hot milk until blended. Whisk in vanilla, nutmeg and cinnamon. Add bread and raisins to the milk mixture and fold together. Cover and set aside.

Spray a round 2-quart baking dish with cooking spray. In the meantime, boil a kettle of water.

Place pears in a medium bowl and toss with lemon juice. Heat a medium skillet over low heat until hot and add olive oil. Sauté pears, cook slowly for about 10 minutes and adjust heat to avoid burning. Transfer the pears to the prepared baking dish.

Bake until the pudding is set in the center about 1 to 1 1/4 hours. Carefully remove the pan from the oven. Transfer the baking dish to a wire rack and let cool for at least 35 minutes.

Run a knife around the edge of the pudding. Place a serving platter over it and turn over the pudding onto the platter.

For more healthy recipes check out my book: Beyond The Mediterranean Diet: European Secrets Of The Super-Healthy. The book makes a beautiful and healthy holiday gift. 5 Reasons To Stay Hydrated This Winter