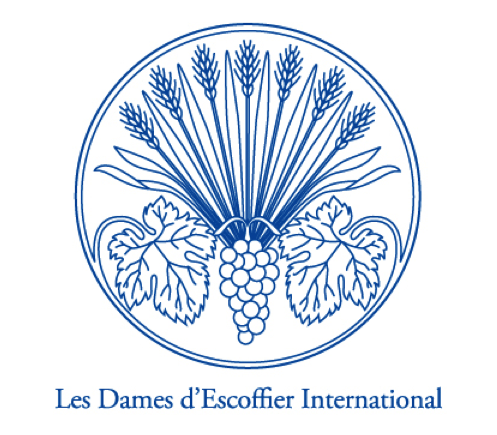 We are thrilled to announce our newest member to the Colorado Chapter of Les Dames d’Escoffier: Layne Lieberman.

Layne was nominated by Dame Amanda Archibald and is a culinary nutrition “rockstar.”

Layne has an MS in Culinary Nutrition from New York University and followed that up with a nutrition fellowship at the Albert Einstein College of Medicine in the Bronx, NY. She has a BS in Nutritional Biochemistry from Cornell University in Ithaca, and a Certified Chef degree from the Culinary Institute of America.

She is a published cookbook author, Huffington Post blogger, Owner of WorldRD LLC, where she consults in Food and Nutrition to the restaurant industry, writer, lecturer, etc etc etc – WOW. She has also volunteered with the American Heart Association for over 25 years, and is a Certified Diabetes Educator.

We look forward to having you meet her at upcoming events.

Welcome Layne to the Colorado Chapter of Les Dames d’Escoffier

Jan and Beverly (CO-Presidents of the Colorado Chapter)

In the 1970s, a group of Boston women formed Les Dames des Amis d’Escoffier as a branch of Les Amis d’Escoffier, a male-only culinary organization known for its elaborate, multi-course dinners partaken in the formal style of gastronomic legend Auguste Escoffier. In November 1976, fifty professional women in the fields of food, wine, and hospitality received a charter from the men’s organization to start their own group, and Les Dames d’Escoffier New York was born.
Les Dames d’Escoffier’s goal was to heighten visibility for women in the hospitality industry and to help them get the training necessary to qualify as equals to men. Members were encouraged to serve as role models and mentors. The formula, designed to encourage expansion, determined in its original by-laws that this growth would begin as soon as there were five regional chapters.

Four additional chapters were subsequently formed: Washington, D.C. (1981), Chicago (1982), and Dallas and Philadelphia (1984). In 1985, the presidents from all five chapters met in New York City to build the foundation for Les Dames d’Escoffier International (LDEI). They developed its proposed by-laws along with guidelines for chapter formation and membership.

In 1986 LDEI became official. The landmark event was attended by members representing all five chapters, who joined together to celebrate the past, present, and future accomplishments of professional women in wine, food, and hospitality. Two months later, also in New York, Les Dames d’Escoffier International held its first board meeting. The following year, the second LDEI board meeting convened in Chicago.

In 1988 the first LDEI annual meeting was held in Philadelphia. The tradition of annual meetings hosted by rotating Les Dames cities continues. In 2007, the group met in Dallas, and will gather in Hawaii in 2008. Members of LDEI include chefs, restaurateurs, cookbook authors, food journalists and historians, wine professionals, food publicists, and culinary educators. The late Julia Child was a founding member, and membership includes such familiar names in the culinary world as Marcella Hazan, Lidia Bastianich, Gale Gand, Florence Fabricant, Marion Nestle, and Alice Waters.

The LDEI Colorado chapter was formed in 2003 and is one of the most recent to create a philanthropic and educational program to support aspiring chefs, sommeliers, hotel managers, educators, and administrators in food, beverage, and hospitality professions. LDEI/Colorado also recently launched a scholarship and mentoring program for young women. Fall 2007, as part of a national initiative, the group initiated an educational Green Tables program for fourth-grade students at Fairview Elementary School in northwest Denver, designed to introduce youngsters to gardening, harvesting, and preparing fresh produce. 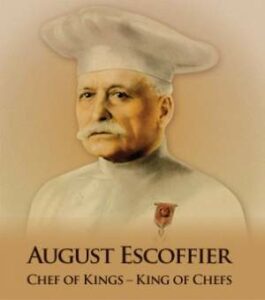 The namesake of Les Dames d’Escoffier was the most innovative chef in history, one whose philosophy and accomplishments serve as both model and inspiration to culinary professionals today. Auguste Escoffier began his long and distinguished culinary career at the age of 13 and retired 61 years later. During his lifetime, he made French cuisine world famous. Escoffier revolutionized and modernized menus, the art and practice of cooking, and the organization of the professional kitchen. Three of his cookbooks are still regarded as indispensable references.

The namesake of Les Dames d’Escoffier was the most innovative chef in history, one whose philosophy and accomplishments serve as both model and inspiration to culinary professionals today. Auguste Escoffier began his long and distinguished culinary career at the age of 13 and retired 61 years later. During his lifetime, he made French cuisine world famous. Escoffier revolutionized and modernized menus, the art and practice of cooking, and the organization of the professional kitchen. Three of his cookbooks are still regarded as indispensable references.

His culinary innovations included abolishing ostentatious food displays and elaborate garnishes; reducing the number of courses served at a formal meal; and lightening sauces and emphasizing seasonal foods. While respecting and preserving the principles of classical cuisine, he simplified its practice. He also restructured the kitchen so that it operated as a single integrated unit, a system that prevails today. From medieval times and up to Escoffier, the professional kitchen had been composed of separate, independent sections operating autonomously, resulting in duplication of labor, waste of food, and inconsistent quality. Escoffier’s prestige had the ripple effect of elevating the status of cooks from laborers to artists.

Kaiser Wilhelm II once said to Escoffier, “I am the Emperor of Germany, but you are the emperor of chefs.” Hotelier Cesar Ritz, whom Escoffier met in 1884, provided not only the stage for the young chef’s talents, but also the audience. Escoffier headed Ritz’s illustrious Savoy and Carlton Hotels’ kitchens during an era when the international clientele included the rich, powerful, and famous. Ritz and Escoffier redefined restaurants and raised hospitality to unparalleled heights.

Escoffier’s contributions to culinary art included founding magazines and writing books. The best known are guides for the modern chef: Le Guide Culinaire (1903), Le Livre des Menus (1912), and Ma Cuisine (1934). On the social front he organized programs to help feed the hungry and provide financial assistance to retired chefs. Escoffier’s professional stature was recognized by the French Government, which made him a Chevalier of the Legion d’Honneur in 1920 and an Officer in 1928. His memoirs have now been translated into English.